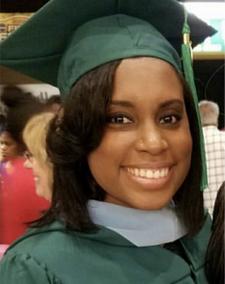 Michael is a student at the University of Houston and is currently set to graduate with a Biology degree this Spring of 2022. However, he plans on returning to pursue a degree in Electrical Engineering. He tutors several levels of math, physics, and biology. In his free time, he enjoys watching anime, playing video games, and working out.

Joel is a junior from Rice University Studying economics and finance. He tutors in economics, and all levels of math. In his free time he enjoys quality time with friends and family, watching sports, and trying new foods.

Sierra Cowan currently attends the University of Houston College of Medicine. She graduated from Rice University in 2018 with a degree in Biochemistry and Cell Biology. Following graduation, she was a teacher for high school chemistry and physics. Sierra has over 4 years of private tutoring experience in both regular, AP and IB math and science courses in addition to ACT/SAT prep. When she's not tutoring or studying for medical school, she loves to workout while jamming to Taylor Swift, read, take her dog Ollie to the park and check out Houston restaurants with her friends. 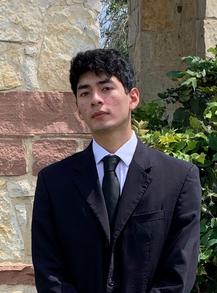 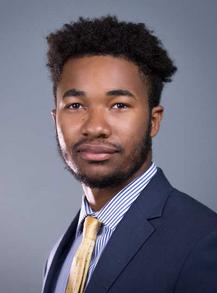 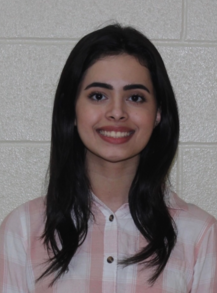 Ian is a current graduate student in physics at the University of Houston. He graduated from the University of Central Florida in 2017 with a B.S. in physics and minor in mathematics. He enjoys tutoring math, physics, and environmental science. In his free time he enjoys soccer, video games, and going on hiking trips.
​​

Noah is an alumnus of Strake Jesuit College Preparatory and is a recent college graduate with a major in English Literature. He helps students improve their writing and English skills. He is also Kscholastic's top Executive Function and Organization tutor. Outside of tutoring, Noah was a former NCAA student-athlete and has a passion for reading and writing. He also has two three-legged cats! Noah is also one of our Executive Function Skills coaches.

Vanuli is an undergraduate student at Rice University, and is originally from near Dallas, TX. Majoring in Neuroscience at Rice, she tutors in a large variety of AP courses, SAT/ACT test prep, and general coursework. Outside of academics, she enjoys spending time with her dog and biking.

Caleb is a physics major at the University of Houston, hoping to work in astronomy or aerospace upon the completion of his degree. He is also pursuing a teaching certification through the teachHouston program. He loves teaching math, physics, and astronomy. In his spare time, he does astrophotography.

Justin is a student at Rice University where he studies Materials Science and Nanoengineering and is pursuing a certificate in Engineering Leadership. He tutors math, chemistry, physics, and test prep, among other subjects. In his free time, he enjoys gardening, spending time with friends, and going to concerts.
​

Dylan is a graduate of Colby College, where he majored in psychology with a concentration in neuroscience. He tutors all levels of science, history, and English as well as test prep and general homework help. He's a former NCAA runner and personal trainer, and still tries to pretend he's a competitive athlete. 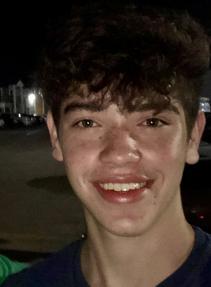 Iliana currently attends the Tilman J. Fertitta Family College of Medicine at the University of Houston. She graduated from the University of Texas at San Antonio in 2014 with a Master’s in biology with a focus in neuroscience, and in 2011 with a Bachelor’s in biology. Following graduation, she worked in a neuroimaging research lab and then became a private school math and science teacher for grades 5-8. She then moved to Houston and taught Biology and Life Science for HISD for four years in grade levels 7-12. On her spare time, she loves to travel, try new restaurants, spend time with family and friends and love on her two German shepherds.

Our objective is to coach each individual student to reach their full potential and succeed in all aspects of life! 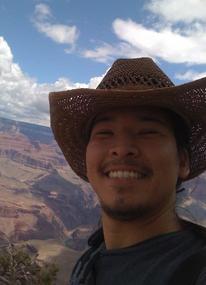 Michael currently teaches Spanish in Katy ISD. He graduated from the University of Houston in 2017 with his degree in Spanish and Education. He also is completing his Masters degree in Educational Administration at Texas A&M University. In his free time, Michael enjoys traveling to Spain, mountain biking, and walking his miniature schnauzer!

Sawyer is a student at Rice University pursuing a bachelor’s degree in chemical engineering. She tutors a variety of subjects including math, chemistry, English, and standardized testing. In her free time, she loves working out, reading, exploring new restaurants, and hanging out with her older sister and twin sister.
​ 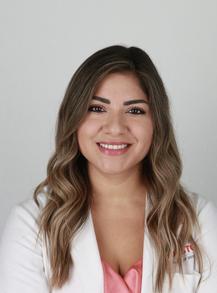 Mason has been teaching for five years both in schools in the Houston Metropolitan area and abroad. Alongside his work as an English Instructor is his service as a mental health advocate; empowering students with necessary tools for them to shape a life of optimal health and wellness. His role as an Executive Functioning Coach brings him great delight, as it allows him to share strategies that students need to enhance their academic and social growth. In his free time, Mason enjoys gardening, practicing yoga, and crocheting.​ 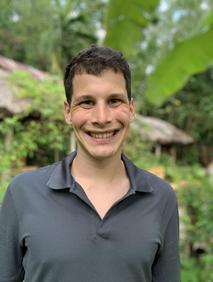 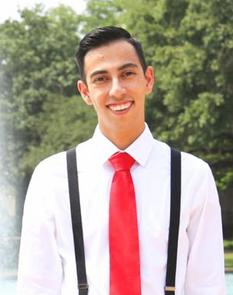 Hannah is a student in the University of Houston Honors College majoring in Psychology and Chinese Studies. She enjoys tutoring a variety of subjects including math, physics, biology, history, and SAT prep. After graduation, she hopes to pursue a career in psychological research. Beyond her academic passions, she loves to read, travel, and spend time with her friends.
​​

Aimee is a senior studying linguistics and psychology at Rice University. After graduation, she plans to attend law school. In her free time, Aimee likes to learn new languages and paint. 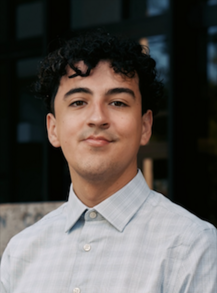 Brandon is an undergraduate at Rice University double majoring in Biosciences and Business on the pre-med track. He tutors a variety of subjects, including math, science, accounting, and SAT/ACT prep. In his free time, he loves spending time with his friends, working out, and watching football.​ 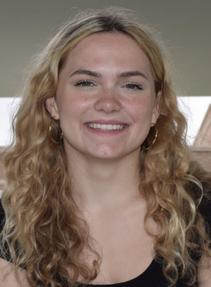 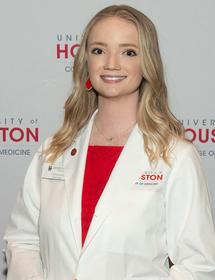 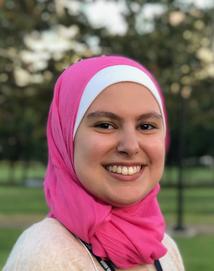 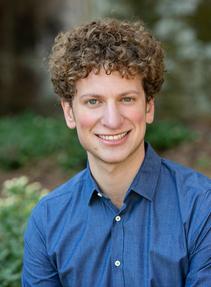 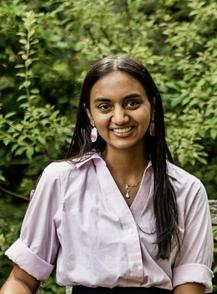 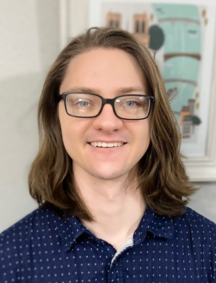 Kaylah is a student at Rice University majoring in psychology and minoring in politics, law, and social thought and neuroscience. After college, she hopes to pursue a career in clinical psychology. She tutors in a wide variety of high school subjects in addition to standardized test-prep, general coursework assistance, and literacy improvement. She particularly enjoys working with younger students. Outside of academics, you can catch her at the gym, working on her latest embroidery project, or watching a movie.
​ 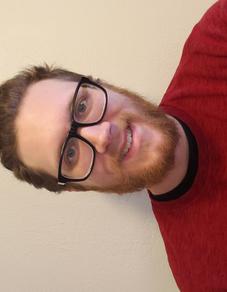 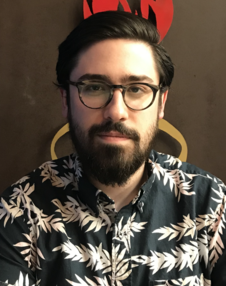 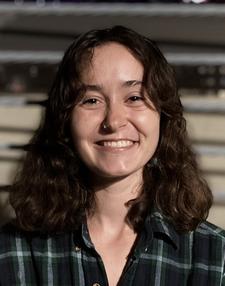 Anthony is a Houston native and graduate student at the University of Houston. He is pursuing a Ph.D. in physics, studying elementary particles. Anthony tutors all levels of math and science, as well as writing. In his free time, he enjoys cooking, bad horror movies, and is a self-proclaimed coffee connoisseur.

Corina is a senior at Rice University majoring in Kinesiology and minoring in Spanish and Biochemistry. She tutors chemistry, biology, physics, math, and Spanish. She enjoys running around Houston's Museum District, making latte art as a barista, and exploring Houston's parks. She would like to attend medical school after graduation. 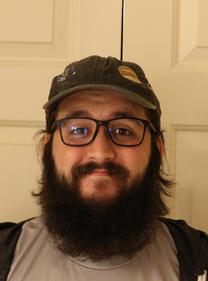 Blake is a medical student at the University of Houston College of Medicine. He received a Master's in Medical Sciences in 2022 from Morehouse School of Medicine and a Bachelor's of Science from Howard University in 2018. His favorite subjects to learn and teach are English literature, compositional writing, biology, and computer science. Outside of school, he enjoys reading, writing, computer science, and outdoor activities. 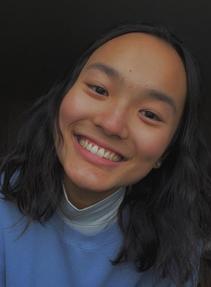 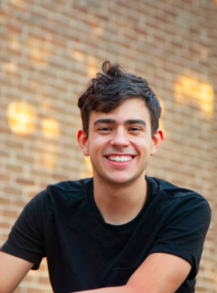 Giovanni is a Houston native who studied French at the University of Houston. He has worked as a French, Spanish, and Latin tutor for Kscholastic since 2014. He greatly enjoys helping children and adults succeed in their language goals- be it academic, business or personal. Outside of teaching and languages, Giovanni enjoys reading, writing and filmmaking. He looks forward to another successful year with Kscholastic.

Zainab is a student at Rice University majoring in Chemical and Biomolecular Engineering and minoring in Biochemistry. She enjoys tutoring math, biology, chemistry, and French. In her free time, she loves baking, trying new cuisines, doing crosswords, and having dance parties in her room. 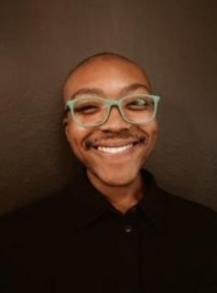 Ananya is a senior at Rice University studying computer science from the Bay Area, CA. She enjoys tutoring subjects including math, computer science, test prep, and history. In her free time, she loves to dance, work out, and spend time with friends.

Kathryn is a student at Rice University pursuing a degree in chemistry with a minor in ecology and evolutionary biology on the pre-veterinary track.  She tutors all levels of math and chemistry as well as test preparation and high school English and physics.  In her spare time, Kathryn enjoys gardening and horseback riding.
​​ 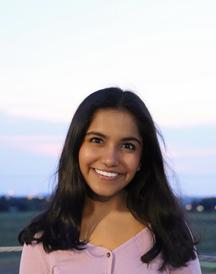 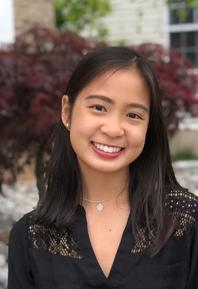 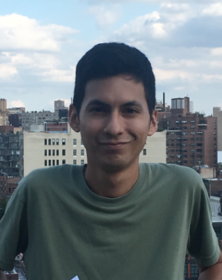 Santi is an undergraduate studying chemical engineering with an interest in material science at the University of Houston. He enjoys cooking, traveling, and listening to music. Santi has tutored chemistry, physics, and mathematics. Additionally, he used to play in the orchestra as a violist.

Leenah is a student at Rice University studying Biochemistry & Cell Biology and Spanish & Portugese Studies. She tutors Arabic and Spanish, along with chemistry, biology, and math. She enjoys learning new languages, along with learning new knitting and crocheting stitches. She would like to go to medical school after graduation.​​ 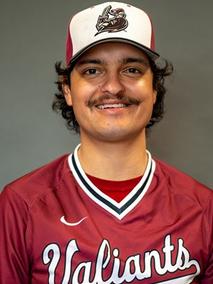 Danielle Fadare is originally from Los Angeles, CA, but has also taught in schools in our nation's capital, Washington DC. She has over 15 years of experience with students - including teaching, tutoring and coaching cheerleading at the high school and collegiate level. Above all, her passion is teaching students how to be successful both inside and outside of the classroom. She is also one of our Executive Function Skills coaches.​ 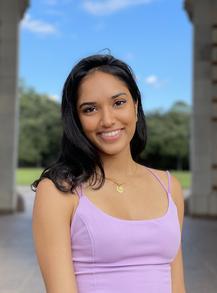 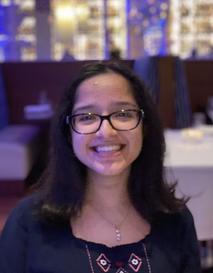