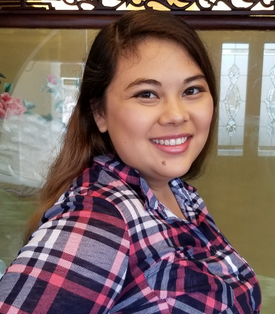 Debtanu  is a trained singer of Indian classical and western classical music, and an accomplished guitarist of contemporary styles. He sings bass  in the premier South Asian a cappella team called Dhun at the University of Houston. Debtanu started learning North Indian vocal classical music from a very young age and received his 5th year degree from Calcutta University in classical voice in 2019. He has performed in major venues including Madison Square Garden and George R. Brown Convention Center, as well as on the radio and many other venues around the country. Debtanu is a Senior honors Biology major at the University of Houston.

Lessons are available for:

Maddy is passionate about music education and performance. After graduating from Lawrence Conservatory with a Bachelor of Music in Cello Performance and receiving Suzuki training, she directed the orchestra at KIPP SHARP Fine Arts College Prep in Houston for 8 years. She plays both acoustic and electric cello and performs frequently with her band, Mystery Loves Company, in which she is a founding member, cellist, singer, improviser, songwriter, and arranger. Maddy is an endorsed artist of the electric instrument company NS Design.

Toby started playing the clarinet when she was 8 years old. She earned and then maintained the position of first chair clarinet all through her time at Meyerland Performing & Visual Arts middle school and Carnegie Vanguard high school. She was recognized for her musical achievement at the UIL Solo & Ensemble competitions all four years of high school and was twice selected to perform with All City and All State bands. Though she is currently pursuing a career in medicine, Toby continues to play her clarinet as a hobby because music will always be a big part of her life. 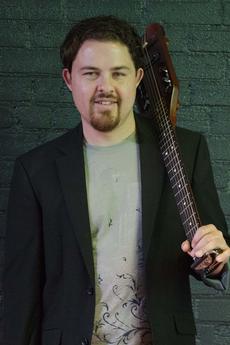 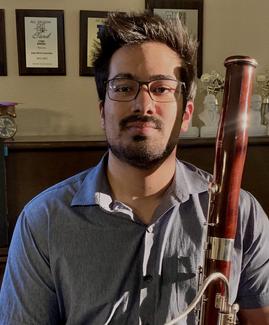 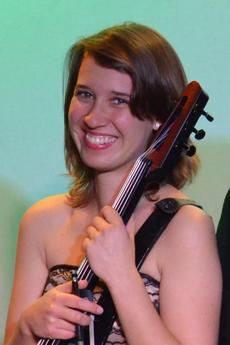 Mark loves all things music. He has been playing the piano since age 4, the electric guitar since age 8, and the alto saxophone since age 11. Mark played saxophone in the Bleyl Middle School symphonic band and has received many achievements in UIL and solo and ensemble competition. He has also performed as a saxophone soloist in the annual Christmas Spectacular show at his church, Champion Forest Baptist, and he regularly plays in Sunday services in the  orchestra. Mark has also played lead electric guitar in the Champion Forest worship band. Outside of music, Mark is a pre-med student studying Biology at the University of Houston Honors College; in his free time he loves to play tennis and watch football and basketball. 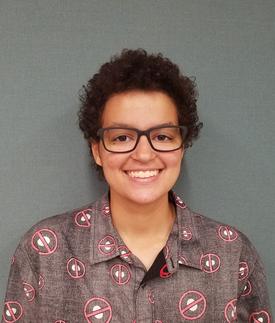 ​Coby has always had his mind on music, since first picking up the Bassoon back in middle school. Now, a decade later, he holds a unique interdisciplinary “BHA” in Bassoon Performance and Neuroscience with a minor in Sound Design from Carnegie Mellon University. Throughout his diverse range of studies he’s developed strong backgrounds in classical music repertoire, orchestral and chamber performance, music physics and theory, audio engineering, Dalcroze Eurhythmics and basic pedagogy. Outside of class, Coby was part of a folk-jazz fusion band in which he became quite experienced playing drums, bass guitar, ukulele, and trumpet. A full and shameless believer in the cliché that music is a language that anybody can learn, he bases his teaching techniques primarily on this ideology- to great effect- when working with students on improving any musical skill, whether acoustic or electronic. 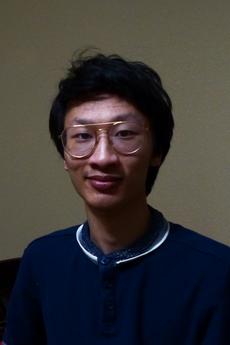 Carlos is a guitarist, songwriter, singer, and producer for the band Mystery Loves Company.  He has recorded acoustic guitar on the band's 4 full-length studio albums and numerous other projects, and performs and tours with them regularly.  A self-taught musician, Carlos encourages his students to explore their instrument and find their own unique voice. He is a sponsored artist of the brand TravelerGuitar.com. He has a degree in architecture from the University of Houston and loves writing songs, stories, and non-fiction. 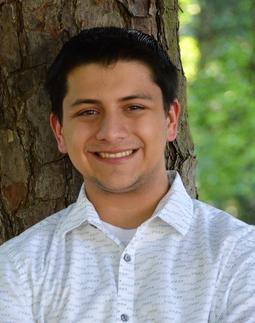 In-person and virtual music lessons for students of all ages and proficiency levels! 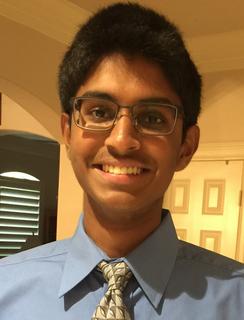 David is a piano performance major at the University of Houston. A native Houstonian, David has loved to work as a pianist in many Houston churches and high schools, and to be the pianist for the UH-affiliated Iris Trio. David finds joy in collaborating with other musicians and believes in making lifelong relationships through music. This joy of collaboration and sharing music with audiences and students is the source of his passion for piano. He believes music education is enriching to everyone’s lives. Outside of music, David enjoys exploring new cities and learning about foreign cultures.

Nicole started taking guitar lessons at age nine. She has learned to play many musical styles on acoustic guitar but her primary genre is classic rock. She has found that playing music has the power to bring peace and calm to musicians and listeners alike, and she loves that she can share that gift with her students. Along with being a guitar instructor, she tutors math, science, computer science, and general homework help. She enjoys baking, reading, listening to music, and volunteering in her free time.

Alexander is a native Houstonian who has been playing various instruments since he was 9 years old. He has been playing the viola especially for almost a decade now and has played and been around the other instruments of the orchestra for just as long. Alexander has also worked with his church, high school, and middle school orchestra as a violist and a sectional leader. He is currently attending Rice University for degrees in Economics and Statistics.
​